Merry Christmas to all of you and anybody else who's reading! (And if you don't celebrate Christmas, then I hope you're having a good time whatever you're up to anyway.)

By leaving the camera on timelapse overnight I managed to capture a blurry image of one of Santa's little helpers putting presents under the tree: 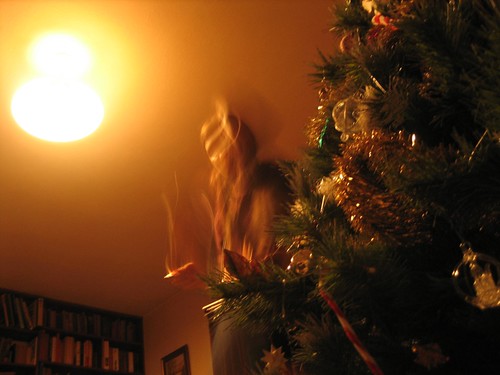 Okay, I confess, it's actually one of these elves. My sister and I decorated the tree on Sunday night, covering it with lights and tinsel and baubles and icicles and angels and robins and my mum's folded-paper stars and all kinds of silly things until it bent sideways under the weight. Then last night I got back from drinks with schoolfriends at quarter to midnight and everybody had already gone to bed, so I could play Santa in peace, putting my presents for everybody under the tree 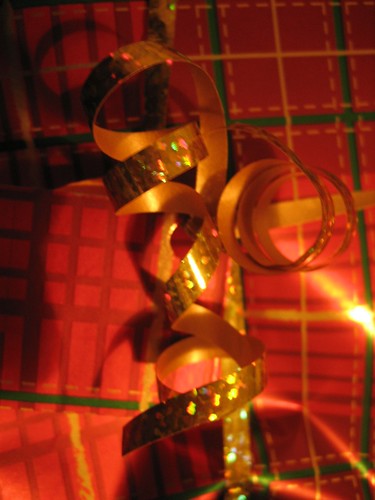 and hiding tiny presents in amongst the branches of the tree so people would find them when they thought they'd already opened everything. Though my sister totally beat me at that game, having bought me heaps and heaps of cool things so that I was still finding more presents on the tree after everybody else had opened everything. Heh heh.

Since then we have also had Christmas lunch, which isn't like your Christmas lunch (probably) because tea is the big meal here (and it's veggie -- I think this year we're having some sort of fancy chestnut and mushroom pastry thing) so for lunch we have breads and cheese and pâtés and olives and MOAR CHEESE and smoked salmon and and and om nom nom.

We've also been pottering around on the internets, four Mac powerbooks and a USB Christmas tree all glowing away happily: 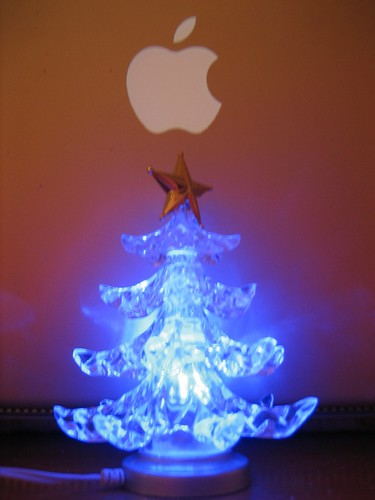 The internet is very useful: http://www.isitchristmas.com/ :-)

Enjoy the rest of the day!
Collapse